Pliers for all applications

Pliers made of chrome vanadium steel or special steel are supplied by the manufacturer CARL WALTER all over the world as standard tools or specially designed according to individual requirements.
Pliers are characterised by the most diverse functions such as cutting, holding, deforming or separating and can therefore be found in every trade and industrial sector.

In order to ensure a particularly high quality of work, CARL WALTER as a manufacturer relies on high-quality materials such as chrome vanadium steel or special steel. In addition, the precision cutting edges are inductively hardened. This makes the pliers not only robust, but also particularly durable even under intensive continuous use.

In order to facilitate the work of the users, we pay special attention to the ergonomics of our pliers. This is ensured by the careful selection of handle shapes and materials. In addition, the pliers are available in different lengths and weights.
The CARL WALTER range of pliers consists of
In addition to our standard range, we also design and manufacture special pliers according to individual customer requirements.
Catalog pliers

Special pliers according to special requirements

If a standardised tool cannot solve the application, CARL WALTER develops the solution in the form of individual screwdriving tools. In the case of these special pliers, special jaws have been designed and developed according to customer requirements in order to optimize the working process. 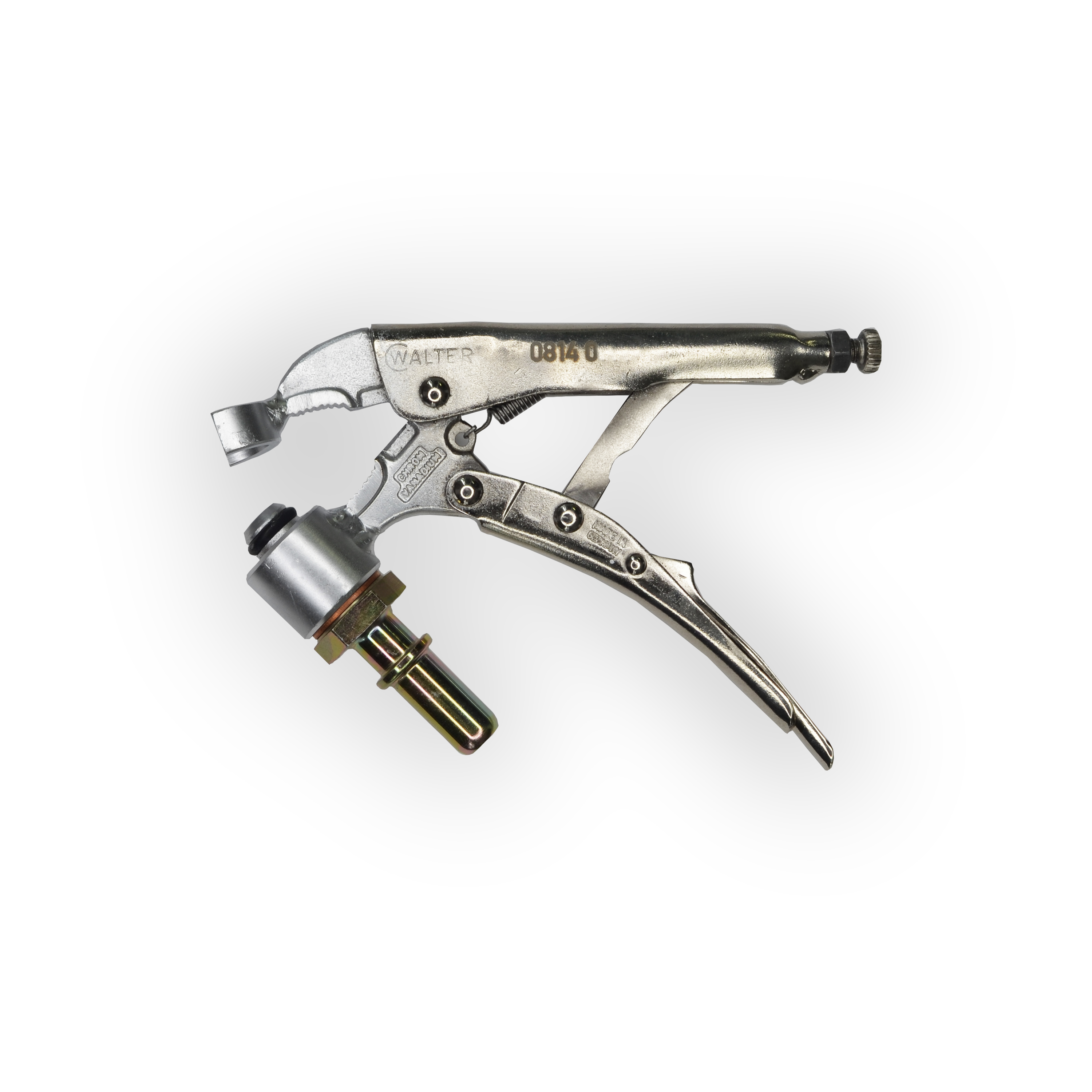 These special pliers were designed and manufactured by CARL WALTER for a special application. The special feature of the Grip Pliers is a testing device which has been specially developed according to customer specifications.

An extract from our pliers assortment

In the following you will get an insight into our standard range of pliers.

The complete product range as well as detailed article descriptions can be found in our catalogue.


In order to guarantee high quality, CARL WALTER uses robust chrome-vanadium steel or special tool steel when selecting the materials for the workshop pliers.
High durability is ensured by the production steps in drop forging and oil hardening. In addition, the precision cutting edges are induction-hardened. All workshop pliers are matt chrome-plated.
The use of the pliers is ergonomically designed for the user by the 2-component handle covers. These consist of a soft and non-slip grip zone. 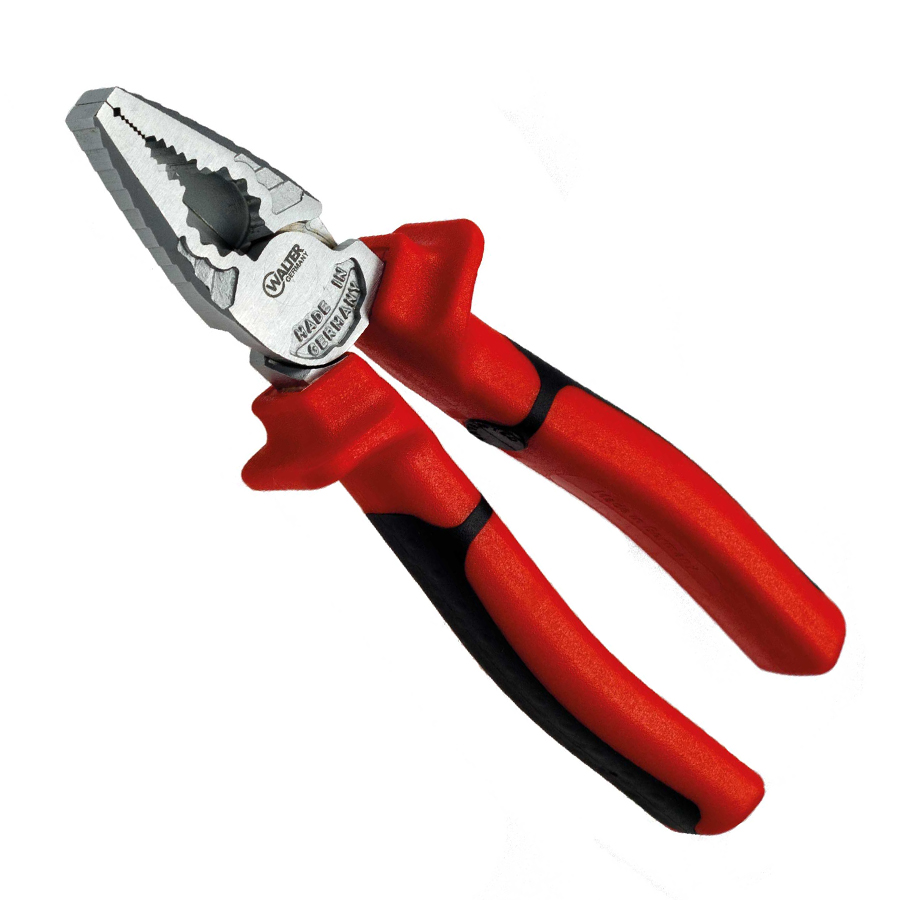 Pliers for the industry

Here we supply combination pliers, radio pliers, telephone pliers, power cutters and side cutters.
In the industrial sector, pliers are sometimes used under special conditions. To ensure that these do not affect the quality and durability of the pliers, CARL WALTER industrial pliers are only made of high-quality steels and are both drop-forged and oil-hardened.

The industrial pliers are characterised by the induction-hardened cutters and the red dipped handles, which provide a pleasant grip and the necessary anti-slip properties.

Pliers for inner and outer rings
The range of pliers includes circlip pliers for inner rings and circlip pliers for outer rings. These are each available in a bent or straight version.
All pliers in this category are made of alloyed chrome-vanadium steel and are both drop-forged and oil-hardened.
The required precision is ensured by a break-proof and non-slip tip profile as well as plastic-coated handles for optimum grip.
While the circlip pliers in sizes 0 and 2 have a spiral spring, sizes 3 and 4 have a leaf spring. Our water pump pliers and pipe wrenches are characterized by the safety joint and the safety clamp protection.

This protection engages with every setting.

For the highest possible resistance, the teeth are additionally induction-hardened and the gripping jaws are double toothed. Plastic-coated handles are particularly important for water pump pliers and pipe wrenches in order to provide the user with a non-slip grip.

The water pump pliers 4410 also have an automatic jaw width adjustment and the possibility to make fine adjustments by "drag and drop".


Our range of pliers offers a wide selection of grip pliers for round, flat profiled and square materials.
To ensure the high quality of the grip pliers, the jaws are forged from chrome-vanadium steel and the bodies are made from a high-strength special steel.
To create a high resistance to external influences, the subsequent surface treatment with a black powder coating provides the necessary protection.